As the Iometer User’s Guide says, Iometer is an I/O subsystem measurement and characterization tool for single and clustered systems. It was originally developed by the Intel Corporation and announced at the Intel Developers Forum (IDF) on February 17, 1998 – since then it got wide spread within the industry.

Meanwhile Intel has discontinued to work on Iometer and it was given to the Open Source Development Lab (OSDL). In November 2001, a project was registered at SourceForge.net and an initial drop was provided. Since the relaunch in February 2003, the project is driven by an international group of individuals who are continuesly improving, porting and extend the product. 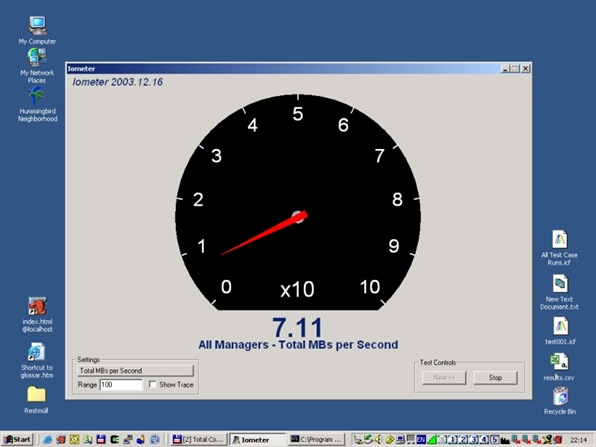