Backup Software for Linux: A computer application utilized to perform a complete backup by duplicating the original source of data is called backup software. Obviously, the main purpose of backup software is to create order out of chaos by recovering essential files in the event of a disaster. Some of the popular backup programs are sql, remote, and offsite backup software.


Time Vault is a GNOME-based Linux-equivalent to Time Machine from Apple. Like many backup utilities, it creates incremental backups of files that can be restored at a later date. Its snapshots are copies of a directory at a certain point in time. Snapshots use very little space for the files that haven’t changed since the last snapshot was made. This is because instead of backing up the entire unchanged file, snapshots use hard links that point to the existing backup of the unchanged file. 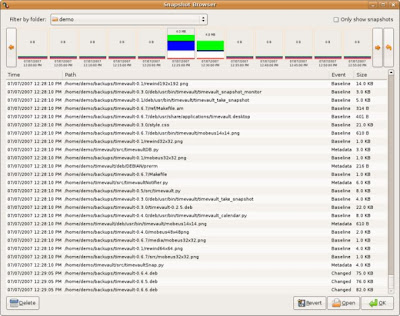 Clonezilla is an open source clone of Symantec Ghost Corporate Edition. It is based on DRBL, Partition Image, ntfsclone, partclone, and udpcast that will allow you to do bare metal backup and recovery. Two types of Clonezilla are available, Clonezilla live and Clonezilla SE (server edition). Clonezilla live is suitable for single machine backup and restore. While Clonezilla SE is for massive deployment, it can clone many computers simultaneously. 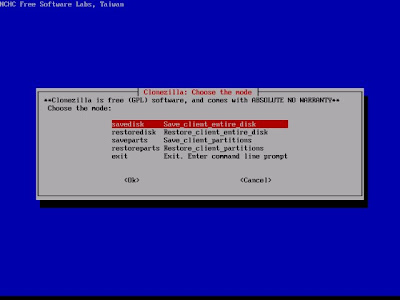 Duplicity backs directories by producing encrypted tar-format volumes and uploading them to a remote or local file server. Because duplicity uses librsync, the incremental archives are space efficient and only record the parts of files that have changed since the last backup. Because duplicity uses GnuPG to encrypt and/or sign these archives, they will be safe from spying and/or modification by the server. 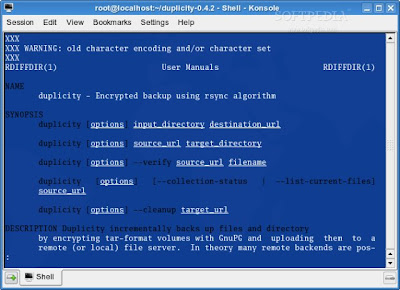 Bacula is an open source, enterprise level computer backup system for heterogeneous networks. It is designed to automate tasks that had often required intervention from a systems administrator or computer operator. Bacula supports Linux, UNIX and Windows backup clients, and a range of professional backup devices including tape libraries. Administrators and operators can configure the system via a command line console, GUI or web interface; its back-end is a catalog of information stored by MySQL, PostgreSQL, or SQLite. 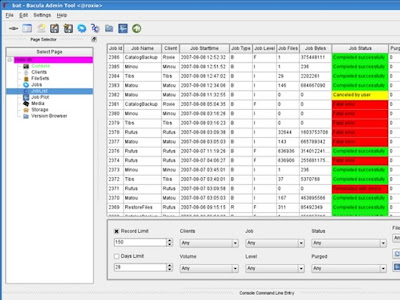 AMANDA (Advanced Maryland Automatic Network Disk Archiver) is a backup system that allows the administrator to set up a single master backup server to back up multiple hosts over network to tape drives/changers or disks or optical media. Amanda uses native dump and/or GNU tar facilities and can back up a large number of workstations running multiple versions of Unix. 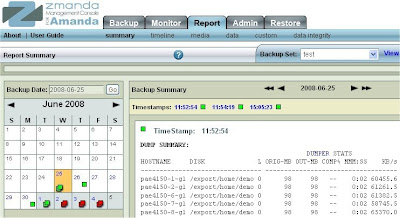 rsync is an open source utility that synchronizes files and directories from one location to another while minimizing data transfer using delta encoding when appropriate. An important feature of rsync not found in most similar programs/protocols is that the mirroring takes place with only one transmission in each direction. rsync can copy or display directory contents and copy files, optionally using compression and recursion. 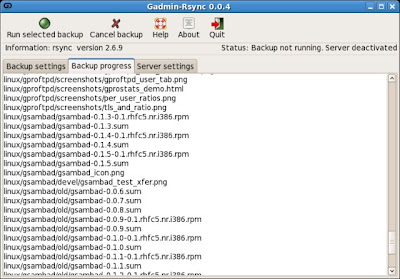 FlyBack is based on rsync and modeled loosely after Apple’s Time Machine. Like many rsync-based backup utilities, it creates incremental backups of files which can be restored at a later date. FlyBack presents a chronological view of a file system, allowing individual files or directories to be previewed or retrieved one at a time. FlyBack presents the user with a typical file manager style view of their file system, but with additional controls allowing the user to go forward or backward in time. 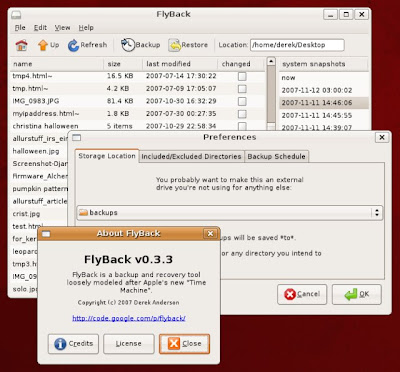 You may also check out our comprehensive list of some of the best online backup servicesfor Linux.