Away3D is a realtime 3D engine for Flash in ActionScript 3.0. Started in 2007 by Alexander Zadorozhny and Rob Bateman. The engine is Open Source under the Apache 2.0 license and is free to use for any purpose, also commercial projects.

25+ useful primitives and a solid selection of material types that you can easily extend yourself (see below).

Solid Actionscript API that is now in the fourth iteration. Version 4.0 and upwards will support the Stage3D API (aka Molehill) taking the rendering from the CPU to the GPU. This will enable polycounts that are in the millions rather than the 4-8 thousand that are possible with the Flash Player 10 version of Away3D 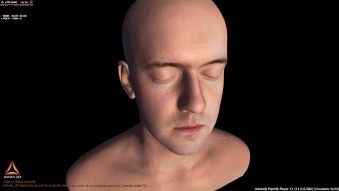 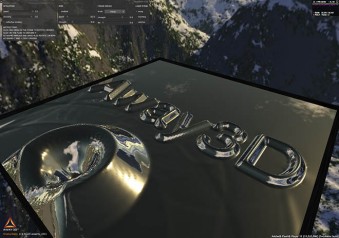 Standard primitives include Cube, Sphere, Cone, Cylinder, Torus, Billboard, Planes and many more. All the way down to LineSegments to Triangles, allowing you to construct any primitive yourself. 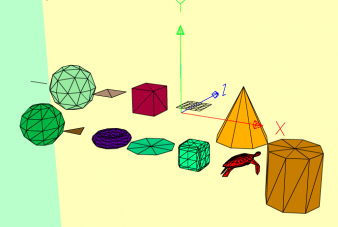 AS3 class, AWD, Elevation2AS3 and OBJ 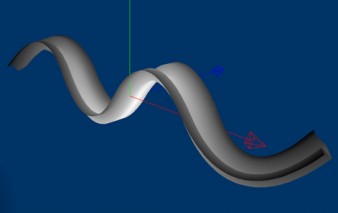 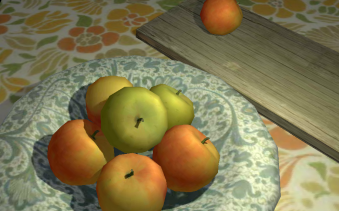 Written in Adobe AIR, this companion app provides a visual interface to many of the most advanced Away3D features such as the generators, but also adds a bunch of tricks to your arsenal such as visual tweaking of UV maps, path editing, optimization and error checking of imported models, export to several formats (including AC3D) and it even has a a live connection to your Flash file, so you can export and play with geometry created at runtime. 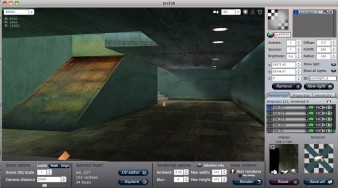 Rendering of prebaked textures on a BSP model using Prefab3D

AwayPhysics is an extremely fast Alchemy port of the widely known Bullet Physics Engine. It is specifically designed for Away3D 4.x, providing an optimized, closely coupled physics library to Away3D users. 3D physics in Flash have never been as fast!