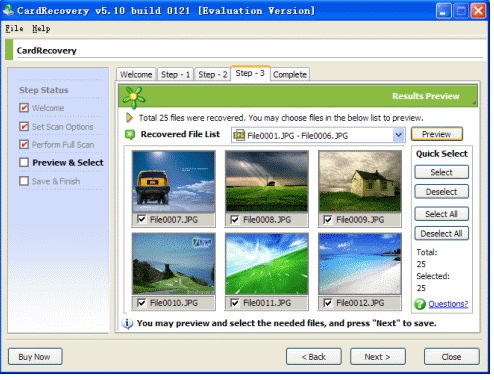 CardRecovery, the award-winning digital photo recovery software is the reliable solution for digital image recovery, digital picture recovery, digital media recovery, photo rescue, photo restore, data recovery, or whether files were deleted, the storage was damaged or formatted.
Our unique and exclusive SmartScan technology completes those impossible recovery tasks that other software cannot touch — SmartScan quickly locates and restores files that other recovery software could never find.
Using CardRecovery is safe and risk-free. The software performs READ-ONLY operations on your memory card. It doesn’t move, delete, or modify the data on the card to avoid causing further damage or overwriting. It recovers the photos and movie clips from the source memory card and saves them to the destination location you specify.