I am a web developer and I want to move my web products to iPhone. One of the products is like Google Maps: show map on the phone screen, you can drag or resize the map and view some information that we add to the map.

I know there are some technologies that enables you to use HTML, CSS and Javascript to develop native iPhone apps. I’ve identified a few:

Are there other, similar products? What are the differences between them? Which should I choose? 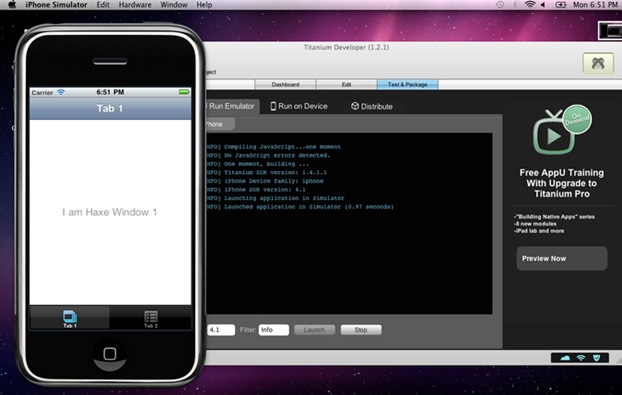 From what I’ve gathered, here are some differences between the two:

The two are similar in that you write all your stuff using typical web technologies (html/js/css/blah blah blah), and that you get access to native functionality through custom JavaScript APIs.

What does this actually mean?

Which is right for you?

You might be asking: Why would I want to write a PhoneGapp (I’ve decided to use the name) rather than a web app that’s hosted on the web? Can’t I still access some native device features that way, but also have the convenience of true web deployment rather than forcing the user to download my "native" app and install it?

The answer is: Because you can submit your PhoneGapp to the App Store and charge for it. You also get that launcher icon, which makes it harder for the user to forget about your app (I’m far more likely to forget about a bookmark than an app icon).

You could certainly charge for access to your web-hosted web app, but how many people are really going to go through the process to do that? With the App Store, I pick an app, tap the "Buy" button, enter a password, and I’m done. It installs. Seconds later, I’m using it. If I had to use someone else’s one-off mobile web transaction interface, which likely means having to tap out my name, address, phone number, CC number, and other things I don’t want to tap out, I almost certainly wouldn’t go through with it. Also, I trust Apple – I’m confident Steve Jobs isn’t going to log my info and then charge a bunch of naughty magazine subscriptions to my CC for kicks.

Anyway, except for the fact that web dev tech is involved, PhoneGap and Titanium are very different – to the point of being only superficially comparable.

I hate web apps, by the by, and if you read iTunes App Store reviews, users are pretty good at spotting them. I won’t name any names, but I have a couple "apps" on my phone that look and run like garbage, and it’s because they’re web apps that are hosted inside UIWebView instances. If I wanted to use a web app, I’d open Safari and, you know, navigate to one. I bought an iPhone because I want things that are iPhone-y. I have no problem using, say, a snazzy Google web app inside Safari, but I’d feel cheated if Google just snuck a bookmark onto Springboard by presenting a web app as a native one.

Have to go now. My girlfriend has that could-you-please-stop-using-that-computer-for-three-seconds look on her face.