I love tweaking my computer! Every opportunity that allows me to specify what I want makes me excited of the possibilities. (With the exception of Azureus. That’s just too confusing for me!) In fact, the first thing I check after installing a new program is the possible existence of "Options," "Preferences," "Tools," "Configuration," "Settings," or "Setup!"

When I first became involved with computers, I started to mess around with the BIOS. It was an intriguing little 16-color control panel. I’m talking about those settings that you can change after pressing "F1," "F2," or "Delete" before the operating system starts to load. 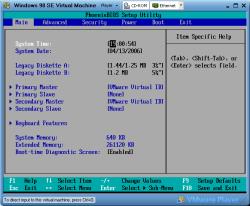 I pretty much understood all the settings and what each one did except for this strange "Remote Wake-on-LAN." It wasn’t until much later I discovered that initiating this option allows the computer to boot upon command from the network. Personally, that is ultra cool! But at the time, I really didn’t have a use for it. Then came college.

I increasingly saw a need to get a laptop. There were countless times when I needed to access my computer while on campus. Sadly, the only computers that I could use were the ones in the computer labs. I came up with a nifty idea that wouldn’t cost a dime. Since I can’t leave my computer on all day, why don’t I use the Wake-on-LAN function to turn it on remotely and then implement a remote access setup. It would enable me to access my computer from anywhere regardless of whether it was off or on!

Wake-on-LAN gives me the impression of an undocumented obscure little function that hardly anyone makes use of. Really, it is so simple that the lack of documentation is understandable. Essentially, enabling this function allows the network device to stay half-awake while the rest of the computer is off. It consumes a miniscule amount of electricity while constantly listening to the network. The network device waits until it receives a "magic packet" (seriously!). A magic packet is a small bundle of data consisting of the bytes "FF FF FF FF FF FF" followed by 16 repetitions of the listening network device’s MAC address.

A magic packet is fairly easy to generate. Depicus provides great freeware tools that allow you to input the parameters. Personally, I PHP programmed my server to generate the packet. I found some useful PHP WOL code from the PHP website. I modified it so that it will fit my liking. Just change the lines in the end.

There are a couple of common problems computer users come across when trying to implement Wake-on-LAN.